Summer 1950. A U.S. Army chaplain conducts an open-air church service for the benefit of Army soldiers on the front lines of the Korean War.  A battle was underway at the same time, as evidenced by smoke in the distance.
Posted by Christopher Russell at 7:15 PM No comments:

Korean Women in the Korean War

Korean women made a sizable if  sparsely documented role in the Korean War. By 1945, Women in South Korea had made gains in education and were increasingly entering the workforce. The 1948 constitution had given women equality with men. The onset of the Korean War changed the status of women in South Korea. Not only did women who were trained at the Republic of Korea’s army medical field school serve in the Republic of Korea Women’s Army Corp (ROKWAC) as surgeons, nurses, and dentists, they were employed by war industries. As the need for servicewomen increased, more and more Korean women enlisted, and some trained to serve as officers in the ROKWAC. Recruits were given basic military training and then assigned to units as needed. As the war continued, women were given specialized training and were attached to specialized units.

The North Korean Peoples Army employed women for transporting supplies to the front as well as other logistical tasks. Female soldiers served not only in traditional support roles but as frontline troops alongside their male counterparts. North Korean women frequently posed as refugees to infiltrate enemy lines to gather intelligence or to inflict casualties on unsuspecting U.N. forces. In addition, women fought with guerrilla units in the South, engaging in hit-and-run operations as well as sabotage.

Posted by Christopher Russell at 11:51 AM No comments: 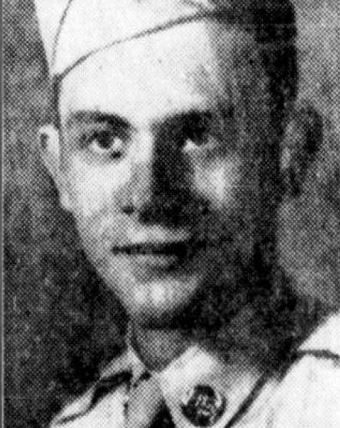 It only took 69 years, but Korean War casualty James C. Williams is finally coming home.  He will be buried in his home town on July 19, 2019.

Read about James' back story in an earlier post.
Posted by Christopher Russell at 8:12 PM No comments:

The first American troops committed to the Korean War were drawn from the ranks of the U.S. Eighth Army in Japan. The Eighth deployed four infantry divisions in Japan at the end of World War II.  Theirs was "occupation duty," which involved nationwide demilitarization while keeping law and order during the reconstruction of Japan's economy and infrastructure. Occupation forces, overwhelmingly American in its constituency, met with virtually no resistance.  The Japanese people were eager to better their post-war fortunes through cooperation.

Leon Netardus, a 1946 high school graduate from Gonzalez, Texas, arrived in Yokohama Bay after a 12-day ocean crossing. He was immediately struck by the contrasts before him. "The devastation was complete," he recalled. "There were burnt out buildings everywhere and massive piles of rubble. But let me say this: During the entire time I was there, I never saw a Japanese citizen show one sign of disrespect for any allied soldier. Not one."

The Eighth Army employed no fewer than 100,000 men for occupation duty through the late 1940s. On one hand, military planners felt this number was necessary to thwart any possible aggression against Japan by nearby Soviet forces. But for practical purposes, the number of U.S. troops committed to the occupation meant that the average soldier was underutilized.  On-base training and education programs filled the gaps, but these men still had plenty of free time.

PVT Philip Hughes began his army career on occupation duty with the 24th Infantry Division on Kyushu, the southernmost of the Japanese islands.  For a few short weeks during the spring of 1950, 17-year old Philip enjoyed the idyllic lifestyle of peacetime occupation.  His tenure there was all too brief, interrupted when the 24th became the first U.S. Army ground unit committed to the Korean War.
Posted by Christopher Russell at 4:37 AM No comments: