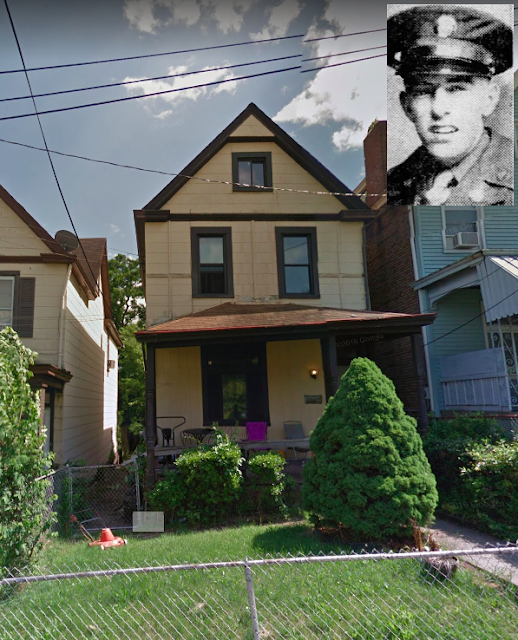 The O'Kains struggled to start a family. Joe, a Pittsburgh electrician, and wife Irma suffered the loss of two infant daughters in the early 1920s. They finally welcomed four sons to the family.  Following the example of their father, who was a veteran of the First World War, three of these boys would seek opportunity in the military. The youngest son, Maurice, and the next oldest, Robert, went to Korea with the U.S. Army.

Only Robert would return home alive.

September 10, 1950. Having already completed two years of his enlistment, 20-year-old Maurice was assigned to the 19th Infantry Regiment during the darkest days of the Korean War.  Along with Pvt. Philip Hughes and the other riflemen of K Company, Maurice attempted to hold a lonely portion of the Pusan Perimeter known as Hill 300.  It was there, during a hellish nighttime battle, fought in the rain, that Maurice was killed in action. His remains eventually came back to be interred in his home town on Monday, September 3, 1951.

The O'Kains - infant daughters included - rest together now in the Christ Our Redeemer Catholic Cemetery.  Robert was the last to join them in 2016.

Posted by Christopher Russell at 6:51 PM