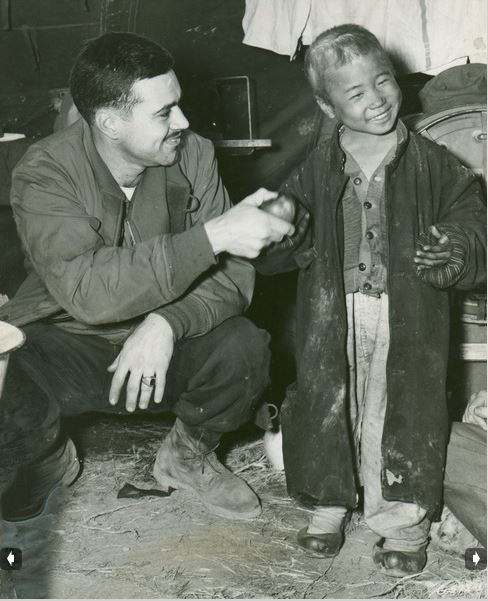 Cho No, an Korean Orphan, beams at the proposition of receiving an apple from Capt. Ray A. Gusti of Mark, Illinois.  In return for the treat, Cho must agree to a bath.  Capt Gusti was a medical officer at a forward U.S. Army Clearing Company. Eight-year-old Cho would later be evacuated on a 315th Air Division combat cargo aircraft to South Korea where he would be placed in an orphan's home.

Posted by Christopher Russell at 6:11 PM