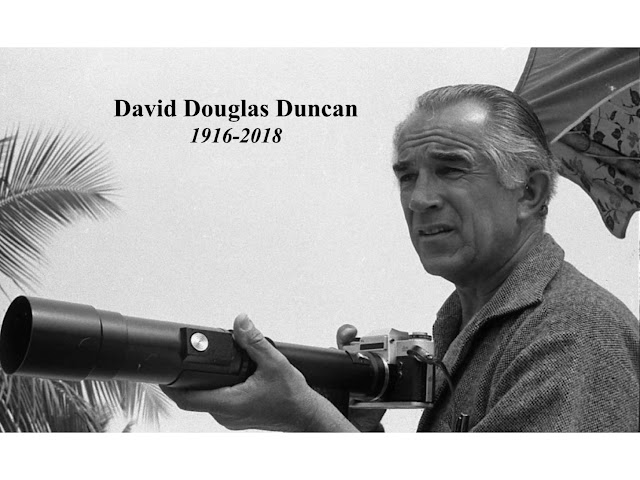 David Douglas Duncan was a gifted photographer of combat - first, as a Marine in World War II, then later for Time-Life as a civilian embedded with the Marines in Korea and Vietnam. His images came close to capturing the soul of his subjects, so that we are reminded of the human cost of  war. Mr. Duncan died in France on June 7, 2018 at the age of 102. 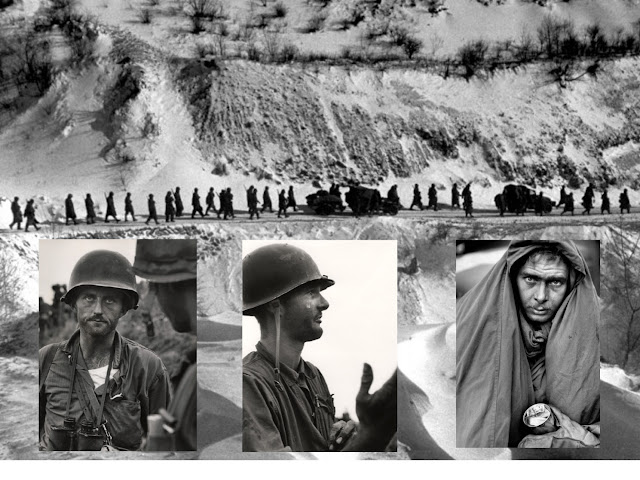 Shown here is a pastiche of Mr. Duncan's work in Korea.  Foreground from left: Capt. Francis "Ike" Fenton (1922-1998) on the Pusan Perimeter, Korea, September 1950; Cpl. Leonard Hayworth (1928-1950) pictured on the Pusan Perimeter on Sep. 23, 1950; unknown marine at the Chosin Reservoir, December 1950.  Background:  U.S. Marines, surrounded and out-gunned by Chinese forces at the Chosin Reservoir, "attack in a different direction" to effect their passage to Hungnam, December 1950.
Posted by Christopher Russell at 4:20 AM