GMC Deuce and a Half 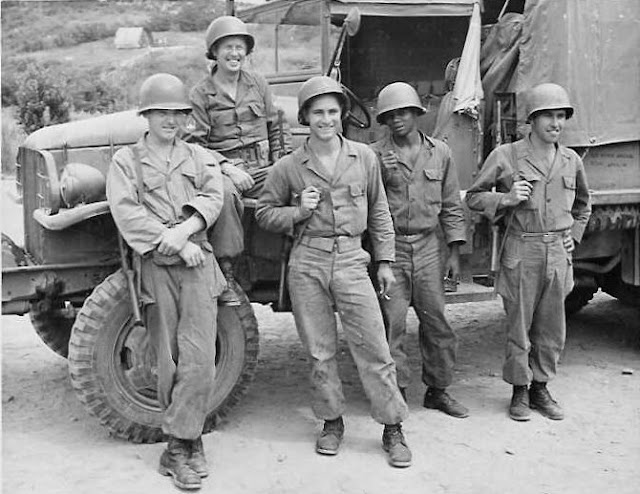 C. 1950, Korea.  This confident-looking crew pose before their GMC 2.5-ton cargo truck, so named for its cargo-carrying capacity.  The "Deuce and a Half" was the U.S. Army's standard vehicle for carrying men, weapons, rations, and any other supplies that could be crammed onto the cargo bed.  The trucks available to the Army for operations in Korea in 1950 were entirely war surplus, manufactured no later than 1945.  Many examples saw service in World War II, and had the scars to show it.  Plentiful in number, the GMCs often suffered poor mechanical integrity, providing maintenance headaches to mechanics.  Nevertheless, these trucks were the Army's lifeline in Korea.
Posted by Christopher Russell at 3:50 PM

Email ThisBlogThis!Share to TwitterShare to FacebookShare to Pinterest
Labels: 1950, Deuce and a Half, GMC Truck, Korean war