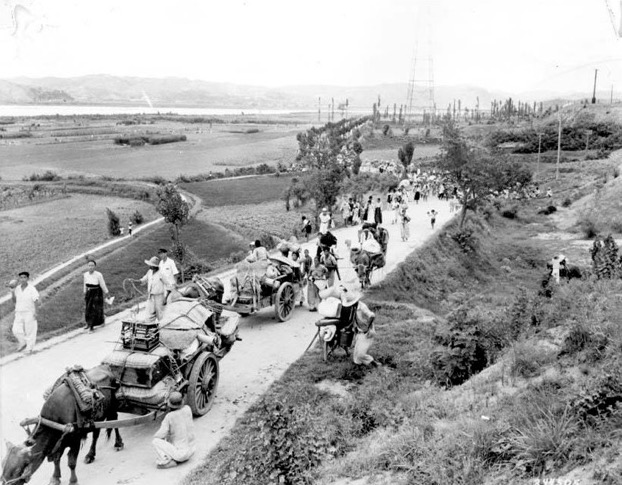 Korean War history, as extensive as it is, fails to adequately recognize the hardships of the many civilians caught between the belligerents.  It is hard to imagine the plight of these families. In 1950, faced with consequences of regime change, they would rather abandon their homes and farms. The unknown was more bearable than what was to be imposed on them by the forces encroaching from the north.  The U.N. forces coming to the aid of South Korea shared roads clogged with men, women, and children, their worldly possessions limited to what they could carry.  They took flight, generally south toward Pusan, not knowing what accommodations may await them.  One of the better descriptions of the refugee experience was provided by New Yorker magazine's E.J. Kahn in "The Peculiar War: Impressions of a Reporter in Korea."
Posted by Christopher Russell at 1:52 PM